Questioner about effect of digital technology 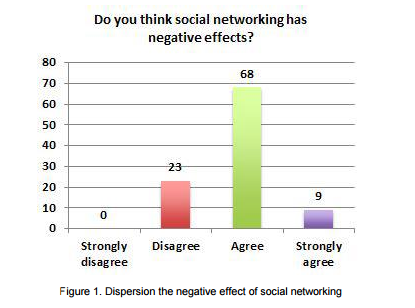 In figure 1 above, show that total 77% respondents agree and strongly agree that social networking has negative effect to children. It is clear from this data that the parents already know the negative effects of social networking, but they do not know how to overcome these negative effects. In addition, the data regarding when children should be told about passwords in figure 2, shows that 85% of parents teach the importance of passwords at the age above 7 years. From this data showed that many parents do not understand how important passwords in digital technology so they too late to teach an understanding of the importance of passwords to children. In the connected world, understanding of the importance of passwords should be taught to children as early as possible. Creating strong passwords is essential to protecting our accounts. Getting your children involved at an early age sets a great habit for life. We can began in our family by explaining to our children how strong passwords would let them keep secrets from their friends and stranger. 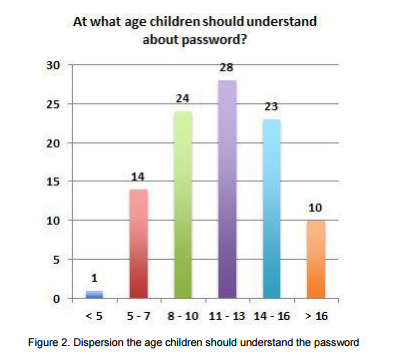 The digital technology and gadget also can affect the way the social life of children. Children who spent more time with the gadget will be a child who does not care about each other and cannot communicate well, poor social skills or there will be a serious problem in communicating. As showed in figure 3, 4, 80% respondents agree and strongly agree that the gadget can be a_ect to the social life of children. American scientists have found that sixth-graders who went five days without a smartphone, television or other digital media did better at reading human emotions than sixth-graders from the same school that spent hours each day with their gadgets.

The digital technology, internet, social networking offer wonderful experiences for growing and inquisitive young minds. Social networking on social media has removed the barriers between a young person public and private self, children can become vulnerable, and compulsive online sharing can lead to danger. Children are gaining access to social media sites at a younger age, which could expose them to content, people or situations that are out of their depth and which they’re not emotionally prepared for. Social networking websites have minimum age requirements that must be met before a person can sign up. For example, both Facebook and MySpace require that a child be at least 13 years old to use their websites. In figure 4, show, 86% respondent said that the children can access social networking above the age of 11 years. There are 14% respondent said that children can access the social networking at the age below 10 years. Base on this data, it is clear that some parents do not know about the risk by creating the social networking for children and upload information about our family. It is important for parents to understand the potential effects and even risks of posting personal information and photos of their child online. After all, it never too soon to start thinking about a child Internet privacy and reputation. 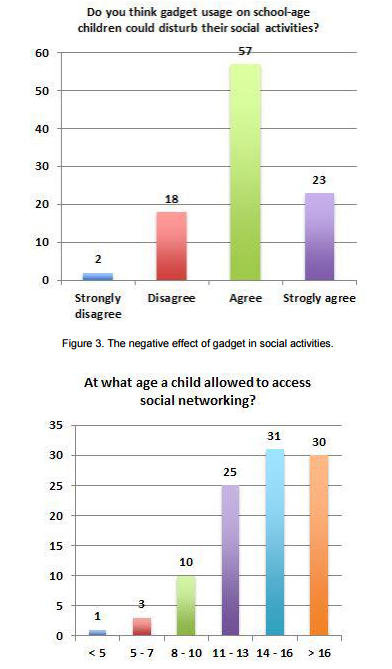